“This is a stark new reality for all of us, and we’re all trying to get used to it.”

“Alright,” I said to the tiny ninja as I helped him out of his car seat and into the parking
lot. “Ready to mask up?” He nodded,so I put the loops over his ears and pulled the mask down
to cover his nose and mouth. Once I was done, he struck a series of Hello Ninja-inspired martial
arts poses (accompanied by an obligatory “Hi-ya!” or two) then took my hand and walked into
the store with me.
Getting kids to do what they need to can be difficult. The older they get, the less
convincing “because I said so” becomes. Like most people, kids need reasons for the things
they’re expected to do. That’s especially true in cases where the thing they’re being asked to do
may not be very comfortable. So how do we get our kids to wear masks? Or if they wear them, to
wear them correctly instead of pulling them down around their chins or necks and leaving their
faces exposed?
Agency
One of the easiest ways to get kids to go along with something is to allow them a degree
of agency. That means giving them some room to act independently and make their own choices.
Who doesn’t feel more at ease when they’re involved instead of just along for the ride?
Instead of handing them a mask they’ve never seen before, ask your child to help you
pick one out. Whether you’re in a physical store or shopping online, giving your child the chance
to pick a mask of their own can completely change their view of the situation. No longer is the
mask an intimidating, clinical thing. Now it’s a part of their wardrobe that reflects their personal
tastes and preferences.
Don’t want to spend a great deal of time waiting while your kid tries to sort through a
myriad of choices? Go ahead and look at a few (say, three or four) that you think they’d like and
ask them to pick one or two. If they really don’t like any of them, you can always pick out a few
more and try again.
Fun
Besides involvement, agency can also come with fun. Try getting your kids to sometimes
wear their masks when it’s not necessary (playtime at home, for instance). Encourage them to
use their imaginations to become someone else. My son likes to pretend he’s a ninja. Maybe
yours wants to be a doctor or a nurse. Or they could be a cowboy or cowgirl (cowperson?).
Circus performers and scuba divers could zoom and swoosh around the house. All the while, the
mask becomes less intimidating and more comfortable. As a parent, your involvement helps
tremendously, both through reassurance and spending quality time with them.
Acclimation
One thing that’s true is that no matter how much agency the child has had or how much
fun, it’s going to take time to get used to wearing a mask. Literally. A child isn’t likely to tolerate
wearing a mask for an hour at a time right off the bat. Five minutes is a much more realistic goal
to start with. Once the child can reach that marker without any problem, move up to ten minutes.
Every child is different; this one might be able to start with only two minutes while that
one can go for twenty right from the outset. Be patient. As much as he likes to play at being a
ninja, my son can typically only go for fifteen to twenty minutes before he’s done and wants to

take the mask off. That’s fine; I know that if I try to force him to keep wearing it, he’ll start to
get angry and panicky. Next time, we’ll see if we can go a little longer.
Group
A group setting tends to help as well. If a child sees that everyone else (especially their
friends) is doing it, they’re much more likely to go along with it. With someone this young, this
isn’t a manipulative tactic; it’s reassurance. The child sees their friends wearing masks so it isn’t
something to be embarrassed or shy about. There’s no reason to be scared of the mask because no
one is getting hurt by it. Beyond that, even though the child may not recognize it, there’s a
solidarity and a sense of unity among the children. “I can rely on my friends, and they can rely
on me. We’re in this together.”
Alternative Masks
If the style of one mask is causing problems, you can always go for others. Traditional
masks can either come with ear loops or tie behind the head. Some parents have had more
success with gaiters. Made of stretchy, synthetic material, the gaiter extends up from around the
neck and fits like a sock over the lower part of the face and head without either ear loops or ties.
FYI: The thinness of the gaiter’s material often means it’s more breathable – but less effective –
than a medical mask.
Explain
Finally, explain to your children what’s going on. They don’t need to know all the details,
but they need to know something. As mentioned earlier, “because I said so” doesn’t really cut it.
Kids aren’t stupid; they can tell when something’s up. Even when they’re having fun picking out
masks and pretending, they see other masked people and know on some level that there’s more
to it.
Explanations need to be age appropriate. The younger the child is, the less they’ll be able
to process in a way that doesn’t cause fear or confusion. It’s been explained to my son that some
people are sick so we’re wearing masks to help keep us from getting sick. That’s it. He’s four
years old and doesn’t really need much more of an explanation than that. If your child is older,
they might. Whatever the case, nobody knows your child better than you so use your best
judgement.
This is a stark new reality for all of us, and we’re all trying to get used to it. Sometimes I
think that my son may be better equipped to deal with it than me because he doesn’t spend time
thinking or worrying about it. He just puts on his mask and goes about his four-year-old business
as though nothing much has changed. What I know for sure is that the ninja will prevail.
– Bo King
For more information and ideas on how to talk to your children about masks, check out these
pages from KidsHealth and UAB. Here’s a PDF of tips you can download and save to your
computer or print out.

We're In This Together

Parent Perspective- Why We Chose Montessori 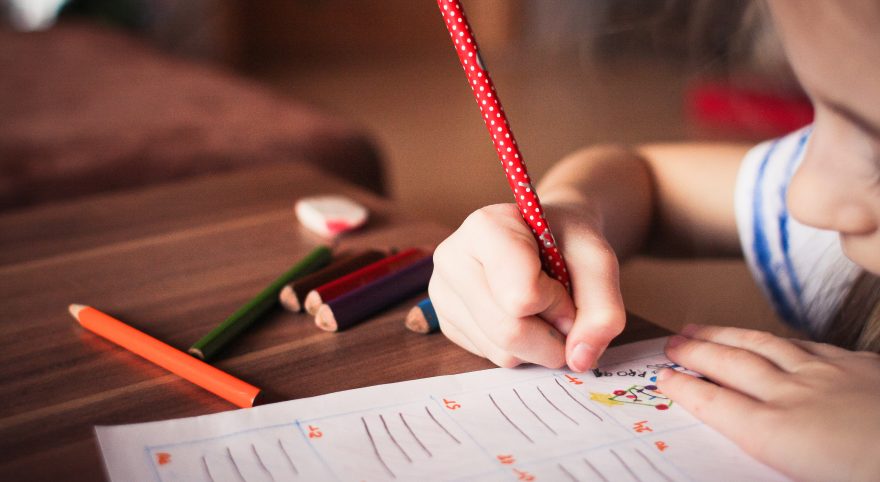 An Alternative to "Snowplow Parenting"